Trace: • Saving a Route that can be Loaded Later (even when Offline)

iOS - Importing a Kurviger Route into the Scenic App
How to import a GPX Track into Kurviger
Creating a Roadbook using Kurviger
Submit a new POI (hotel, meeting point, museum, etc.)
Use Kurviger in Your Own Project
Changelog

Find curvy roads on Kurviger.de
Get in touch in our Forum
Like/share us on Facebook.
Tweet about us on Twitter.
Shout us a beer on Paypal

Saving a Route that can be Loaded Later (even when Offline)

It is very easy to save a Kurviger route and load it again.

If you intend to load the route again with Kurviger, we highly recommend to use the .kurviger format. It can be loaded offline in combination with the Kurviger app. It also loads all relevant route parameters for you.

If you don't want to use the .kurviger format, we recommend to use the GPX route. If you load a GPX we cannot load your route parameters, but loaded waypoints will be identical. If you also save the track, make sure to select the route in the import dialog, instead of automatic.

To try this, you need a route. If you don't have one, feel free to use this marvelous route featuring the best curves of the swabian jura. 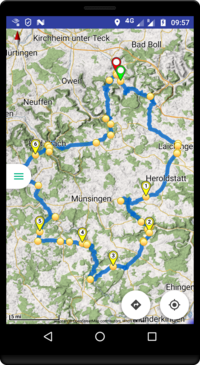 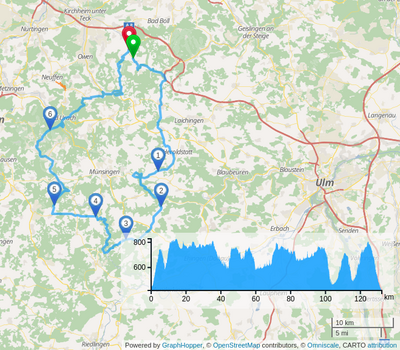 Go to the main menu → Routing → Export. Depending on your plan either export the .kurviger file or GPX file. 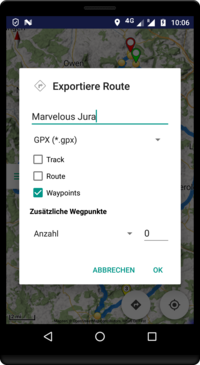 Go to the Kurviger site. Press the Export button, and select the appropriate format and press on Export. 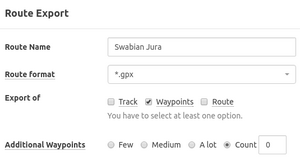 To load the route again go to the main menu → Routing → Import and select the previously exported file. You can also use a file browser to open the files. 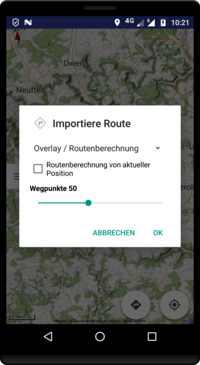 To import the route to Kurviger Web, press the Import button, select the GPX file and press Import. You will see exactly the same route that you previously saved, using either the Kurviger App or Kurviger Web.